In Spring 2022, New Writing North will present a series of online creative writing talks and workshops, bringing the wisdom and experience of some of our best writers to new and emerging writers at home.

From advice on building your poetry portfolio from Anthony Anaxagorou, to a practical workshop from those working on a Sci-fi or Fantasy novel from Laura Lam, we’ve got your writing needs covered.

Throughout April 2022 we’ll host a series of interactive talks aimed at new and aspiring writers of prose and poetry. If you’re looking for ways to kick-start your writing practice and to better understand the genres you write in, these introductory sessions are for you.

In May 2022 we’ll be offering a series of smaller, more focussed workshops. If you are further along with your creative practice and are ready to start drafting and honing your manuscript, these sessions should appeal to you.

The talks and workshops will all take place on Zoom. You don’t need your own Zoom account to join us, just a computer, laptop or phone and an internet connection. Live captioning will be available.

How To Build Your Poetry Portfolio with Anthony Anaxagorou

In this open discussion poet and publisher Anthony Anaxagorou will be considering the ways poets can navigate the literary landscape, while also fine-tuning their poetic skills, to optimise their chances of having their writing read and accepted by editors and magazine journals. He will also discuss the benefits of social media – taking into account those poets who prefer to avoid the noise of the online world while still managing to have successful careers and publishing records. Lastly, the talk will look at ways pamphlets and full collections are put together, and the best ways to get manuscripts on editor’s desks.

Anthony Anaxagorou is a British-born Cypriot poet, fiction writer, essayist, publisher and poetry educator. His poetry has been published in POETRY, The Poetry Review, Poetry London, New Statesman, Granta, and elsewhere. His work has also appeared on BBC Newsnight, BBC Radio 4, ITV, Vice UK, Channel 4 and Sky Arts. His second collection After the Formalities published with Penned in the Margins is a Poetry Book Society Recommendation and was shortlisted for the 2019 T.S Eliot Prize along with the 2021 Ledbury Munthe Poetry Prize for Second Collections. It was also a Telegraph and Guardian poetry book of the year.

In 2020 he published How To Write It with Merky Books. He was awarded the 2019 H-100 Award for writing and publishing, and the 2015 Groucho Maverick Award for his poetry and fiction. In 2019 he was made an honorary fellow of the University of Roehampton. Anthony is artistic director of Out-Spoken, a monthly poetry and music night held at London’s Southbank Centre, and publisher of Out-Spoken Press. His forthcoming poetry collection Heritage Aesthetics will be published by Granta Books in 2022.

Ten Things About Writing: Build Your Story, One Word at a Time with Joanne Harris

One-time teacher and bestselling novelist Joanne Harris has been advising and corresponding with aspirational writers for over six years. In her book Ten Things About Writing all aspects of the writing process and story development are covered, from workspaces and habits to plots and dialogue. In this event, Joanne will share her best advice to help you in your writing career. Whether you have the urge to write crime fiction or a fantasy novel, literary short stories or blockbuster thrillers Joanne’s experience and tips will speak to you.

Joanne Harris (MBE) was born in. She studied Modern and Mediaeval Languages at Cambridge and was a teacher for fifteen years, during which time she published three novels, including Chocolat (1999), which was made into an Oscar-nominated film starring Juliette Binoche . Since then, she has written 19 more novels, plus novellas, short stories, game scripts, the libretti for two short operas, several screenplays, a stage musical (with Howard Goodall) and three cookbooks. Her books are now published in over 50 countries and have won a number of British and international awards.

She is an honorary Fellow of St Catharine’s College, Cambridge, has honorary doctorates in literature from the universities of Sheffield and Huddersfield, and has been a judge for the Whitbread Prize, the Orange Prize, the Desmond Elliott Prize, the Betty Trask Award, the Prima Donna Prize and the Royal Society Winton Prize for Science. She is a passionate advocate for authors’ rights, and is currently the Chair of the Society of Authors (SOA), and member of the Board of the Authors’ Licensing and Collecting Society (ALCS).

How to Prepare Your Submission: Q&A with Ben Clark, SoHo Agency

This session with Soho Agency’s Ben Clark will guide you through the process of submitting to a literary agent. Ben will run a practical session on how to prepare a your submission and that all important covering letter, as well as answering any questions you may have.

Ben Clark is an Agent at Soho Agency. Ben loves non-fiction of all kinds – narrative, prescriptive, or illustrated. Whether that is history, philosophy, memoir, technology, science, business, nature writing, or anything that explores the world we live in and helps us understand it. He works extensively with brands, television producers, and magazines in developing their IP for publication. He is drawn to the strange and unusual, stories from the fringes that need to be seen by the mainstream or different perspectives on established narratives that challenge a status quo. When not at his desk you can find him in the kitchen cooking up a storm or on his allotment planting sunflowers with his daughter.

Armchair Adventurers: How Writing Can Travel with Helen Mort

In this creative workshop, we’ll consider how we might broaden and extend our idea of ‘place writing’ in poetry and prose, with examples from the work of writers like Natalie Diaz, Jessica Andrews, Saba Sams and Kei Miller. We’ll think about the idea of travelling-without-leaving-home and consider how we write about what’s close to us, the landscapes we know, how we might find permission to do that, as well as how our thoughts and ideas might ‘travel’ through different genres, the freedoms enabled by form.

Helen Mort is a poet and novelist. Her collections Division Street and No Map Could Show Them are published by Chatto and her third, The Illustrated Woman is due in 2022. Her first work of non-fiction A Line Above The Sky is forthcoming from Ebury and blends nature writing, biography and memoir. She’s a Fellow of the Royal Society of Literature and teaches at Manchester Metropolitan University.

During this workshop we will explore how to create authentic, three-dimensional characters that leap off the page. We will look at voice, setting and plot, in order to craft compelling and memorable characters for a YA audience.

Danielle Jawando is an author, screenwriter and Lecturer in Creative Writing at Manchester Metropolitan University. Her debut YA novel, And the Stars Were Burning Brightly, won best senior novel in the Great Reads Award, and was shortlisted for the Waterstones Children’s Book Prize, the YA Book Prize, the Jhalak Children’s & YA Prize, the Branford Boase Award and was longlisted for the CILIP Carnegie Medal, the UKLA Book Awards and the Amazing Book Awards.

Her previous publications include the non-fiction children’s book Maya Angelou (Little Guides to Great Lives), the short stories Paradise 703 (long-listed for the Finishing Line Press Award) and The Deerstalker (selected as one of six finalists for the We Need Diverse Books short story competition), as well as several short plays performed in Manchester and London. Danielle has also worked on Coronation Street as a storyline writer. Her second YA novel, When Our Worlds Collided, is published in March this year. 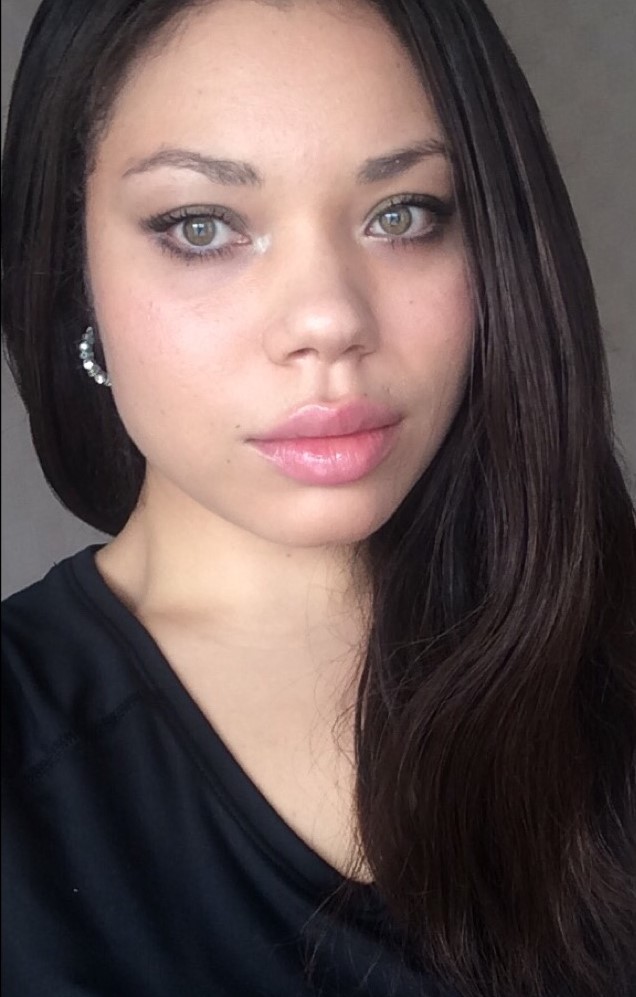 In this two-hour workshop, join Sunday Times bestselling author Laura Lam as she walks you through developing a science fiction or fantasy novel. Through a series of exercises, both solo and in groups, you will stress test your concept, develop your world, and consider how that fantastical setting will inform plot and character.

Everyone has a story inside that only they can tell. Nikesh Shukla’s practical advice will help draw it out and let you know that your story is worthy of being told. Whether it’s a novel, personal essay, non-fiction work or short story – or even just the desire to write something – let your creativity flow and learn how to find your voice in this workshop.

Nikesh Shukla is a novelist and screenwriter. He is the author of Coconut Unlimited (shortlisted for the Costa First Novel Award), Meatspace and the critically acclaimed The One Who Wrote Destiny. Nikesh is the editor of the bestselling essay collection, The Good Immigrant, which won the reader’s choice at the Books Are My Bag Awards. He co-edited The Good Immigrant USA with Chimene Suleyman. He is the author of two YA novels, Run, Riot (shortlisted for a National Book Award) and The Boxer (longlisted for the Carnegie Medal). Nikesh was one of Time Magazine’s cultural leaders, Foreign Policy magazine’s 100 Global Thinkers and The Bookseller‘s 100 most influential people in publishing in 2016 and in 2017. He is the co-founder of the literary journal, The Good Journal and The Good Literary Agency. Nikesh is a fellow of the Royal Society Of Literature and a member of the Folio Academy. Nikesh’s new book, Brown Baby: A Memoir Of Race, Family And Home was released on Bluebird in February 2021. He is also the host of the Brown Baby Podcast.

Apply for a bursary

If you are unable to book a ticket for one of our workshops without financial help, we are offering 10% of tickets for each session as free bursary places. Bursary places are based on financial need and will be allocated on a first-come first-served basis from valid applicants.

If none of the above applies but you feel that you are still eligible, please get in touch.

To apply for a bursary please email carys@newwritingnorth.com with the subject line Writing Workshop Bursary, let us know the session you would like to attend and briefly outline the way in which you are eligible for a free ticket. Those successful will be contacted two weeks before their selected workshop takes place.
Bursary places are competitive so please know that you may be asked to provide proof of your circumstances.

You can find out more about which cookies we are using or switch them off in settings.

This website uses cookies so that we can provide you with the best user experience possible. Cookie information is stored in your browser and performs functions such as recognising you when you return to our website and helping our team to understand which sections of the website you find most interesting and useful.

You can adjust all of your cookie settings by navigating the tabs on the left hand side.

Strictly Necessary Cookie should be enabled at all times so that we can save your preferences for cookie settings.

If you disable this cookie, we will not be able to save your preferences. This means that every time you visit this website you will need to enable or disable cookies again.

This website uses Google Analytics to collect anonymous information such as the number of visitors to the site, and the most popular pages.

Please enable Strictly Necessary Cookies first so that we can save your preferences!